Bose-Einstein Condensate, the fifth state of matter has been made onboard ISS 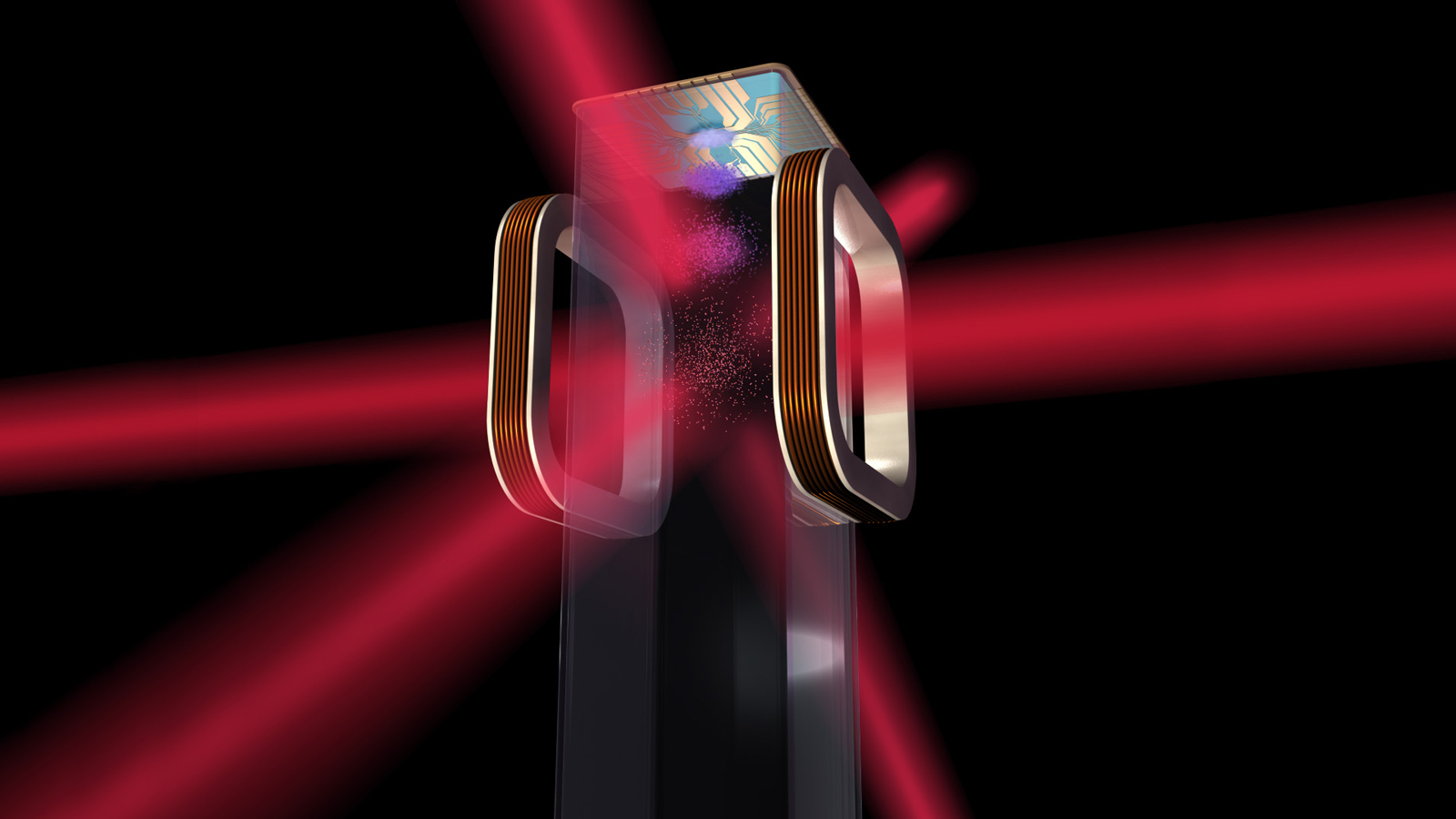 What actually is a Bose-Einstein Condensate?

Basically, Bose-Einstein Condensate is formed when a very dilute and low-density gas of bosons are cooled down to a very low temperature, a temperature that is very close to the Absolute Zero (-273°C). This temperature is low that the atoms of the boson particle occupy the least and the same quantum state. At a very low and same quantum state, the distance between the atoms can be compared to their wavelength, this extremely minute distance between these atoms allow them to behave as a single atom. This behavioral change allows the microscopic quantum phenomena to act as a macroscopic phenomenon and hence allows to detect even the non-detectable.

How is a BEC prepared in the Cold Atom Lab?

To prepare the BEC, atoms of Boson in the form of gas are injected into the Cold Atom Lab. These atoms are then trapped and confined within a dense space with the help of a magnetic trap made using electric foils. Once the atoms are trapped laser beams are used to lower down the temperature of the atoms. Once the fifth state of matter is reached the main problem of studying and analyzing it commences. To study the condensate the atoms are released from the magnetic trap to analyze its characteristics. When the atoms of the BSE are allowed to separate the temperature of the particle further reduces gradually as gases tend to cool down when they expand. But if the atoms get too far apart then they don’t behave like a condensate and start to show characteristics of individual and multiple atoms again. This hypersensitive nature of the particle allows the researchers only a tiny span of time to study it. Gravity also plays a very crucial role in the experiment which is why the experiment ought to be done in space rather than on Earth!

Why is the experiment carried out in the International Space Station?

There is a significant reason for carrying out the experiment in the International Space Station or in space generally. If the experiment is performed on Earth while increasing the volume of the condensate, the gravitational force of earth will attract the atoms downwards in the apparatus, and thereby the atoms will spill out on the base of the apparatus. To tackle the hindrance of the gravitational force of earth researchers came out with a plan to allow the condensate to free fall creating a perpetual escape from the effect of gravity on it. Earlier this method was tried in Sweden where the condensate in the apparatus was allowed to free fall at a height of 240km in the lower orbit of Earth. This created a free-fall condition of approximately 6 minutes.

Eventually, the International Space Station was decided for the experiment as objects, satellites and the ISS are in a state of permanent free-fall in the lower orbit of the earth. This principle allowed this experiment to be carried out for a longer period of time providing enough time and data to analyze and study the live form of the Condensate. This experiment was carried out for a total period of 1.118 seconds albeit the goal of the researchers is to detect the live condensate for a significant period of more than 10 seconds.

The Cold Atom Lab was launched by NASA in 2018 at an estimated budget of $70M. The lab is just 0.4m³ in dimension and contains the lasers, magnets, and other essential components to control, trap, and cool down the atomic gas for the experiment. The atoms are initially held at the center of a vacuum chamber and later transferred onto an ‘atom chip’ which is located at the top of the vacuum chamber. Further, the fractionally hotter atoms are eradicated from the chip using radio waves thereby leaving behind extremely cold atoms at a temperature remainder at less than a billionth of a kelvin.

Although the study and experiment of this highly irregular new state of matter are in its inception in the future it can serve extremely significant inventions and discoveries. Being an ultra-sensitive particle Bose-Einstein Condensate can be the basis of ultra-sensitive instruments that can be used to detect faintest signals and other mysterious phenomena in the observable universe like the gravitational waves and dark energy. Researchers have also counted its significance in the construction of inertial sensors like the accelerometers, gyroscopes, and seismometers.

Hundreds of other similar and crucial experiments and studies can be performed in the International Space Station which proves its significance with the property of free fall. Currently, scientists and researchers are interpolating with the new state of matter creating unique and arbitrary conditions in a hope of discovering and inventing something novel. Though they can now create Bose-Einstein condensate in the space, they are trying their best now to increase the duration of the experiment.